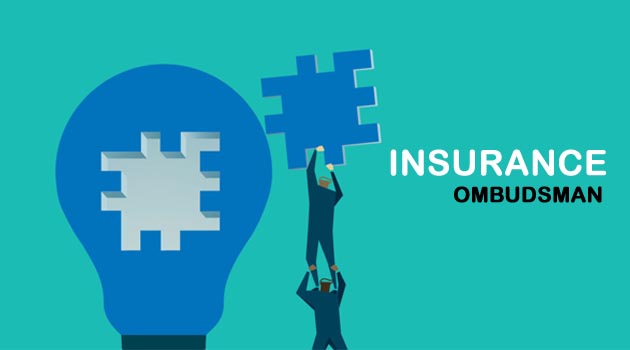 The Insurance Ombudsman Scheme which was part of the July 2021 issue here continues with General Insurance. As you know the insurance ombudsman has a role to settle the dispute between Complainant and Insurer by the process of effective mediation. However, we have seen that after the order of the ombudsman, the insurer failed at some point in implementing the order in light of the RTI filed by Mumbai based RTI Activist Jeetendra Ghadge.

The ECI report also highlights that in general insurance,

(2)   TPAs decision on settlement of claims should not be final and the matter should be reviewed by the insurer to arrive at a judicious decision. Most general insurers do not have any established system for review of the claims rejected by their TPAs. Even when the complainant approaches the Grievance Cell, after repudiation of the claim by the TPA, the insurer seldom examines the claim dispassionately. In some cases, the insurer depends on the TPA to present cases before the Ombudsman.

(3)   Assessment of surveyors on the quantum of loss in motor claims is not in tune with the desired repairs and reasons for not allowing the estimated items are not explained to the policyholders.

(4)   There has to be a mechanism to ensure that Provider Network Hospitals do not charge more than agreed rates and proper treatment is administered.

(5)   Lack of clarity in some of the clauses and conditions in the policy, Mediclaim in particular. A few clauses like proportionate clauses require a relook, in the interest or policyholders. Similarly “enhancement of sum insured clause”, “active line of treatment” and “Reasonable and Customary Charges” require proper interpretation. In admissibility of cost of MultiFocal Loan in case of cataract treatment should be clearly spelt out in the policy terms, if the same is excluded.

(6)   In Mediclaim policies the pre-existing diseases should be specified on the schedule of the policy, so that the insured is aware of the exclusion given in the terms and conditions of the policy.

(7)   In General Insurance, Mediclaim and Motor Accident/Theft Claims need to be managed with a lot more sensitivity and care. The TPA’s and Surveyors add significantly to the woes of hapless customers, The TPA’s and Surveyors need to be nudged on to the right path. Possibly, the Claim Investigation Agencies also should be brought under a licensing process. Where self-regulation is given a go by, a stronger regulation remains the only alternative.

(8)   In many complaints, Hospital Expenses have been repudiated by Insurance Companies due to the LAMA (Left Against Medical advice) decision upheld by the ombudsman. However, in the recent Punjab and Haryana High Court ruling has laid down that a terminally ill person who decides to stop treatment against medical advice and dies cannot be denied insurance claims. The reasoning which the high Court has cited is that a patient’s desire not to be treated is an issue of patient autonomy and embracing dignity in death.

(9)   It is observed that some of the Insurance Companies do not send repudiation letters to the customers at all. The rejection letter from the TPAs is the only correspondence sent to the policyholder. Even after references to the Grievance Officer; the Companies do not bother to re-examine the cases and treat the complaints as closed. As a result the effectiveness of the system is seriously compromised and status of the complaints does not get correctly reflected in the IRDAI’s records. Many companies, instead of guiding their customers to approach their in house grievance machinery, are directing them to Ombudsman, thus short circuiting the whole system and intentionally reducing its effectiveness in a planned manner. When questioned on the issue, representatives from the companies have related this to their corporate decision. The insurers must honor the decision of the Insurance Ombudsman and necessarily comply with the orders fully and timely is the need of the hour, ECI states in its annual report.

After having a strong grievance system in the form of Insurance Ombudsman, there is still a lack of implanting the order given by the ombudsman by insurer. IRDAI has taken a note of the same and advised the insurers for timely compliance failing which will attract stern action. The insurers must honour the decision of the insurance ombudsman and must comply with the orders fully and on time. To create optimum trust level in grievance redressal system by the complainants, IRDAI must take hard action on the insurers who do not comply with the awards.