NARCL: Bad Bank to soon bring more directors on board 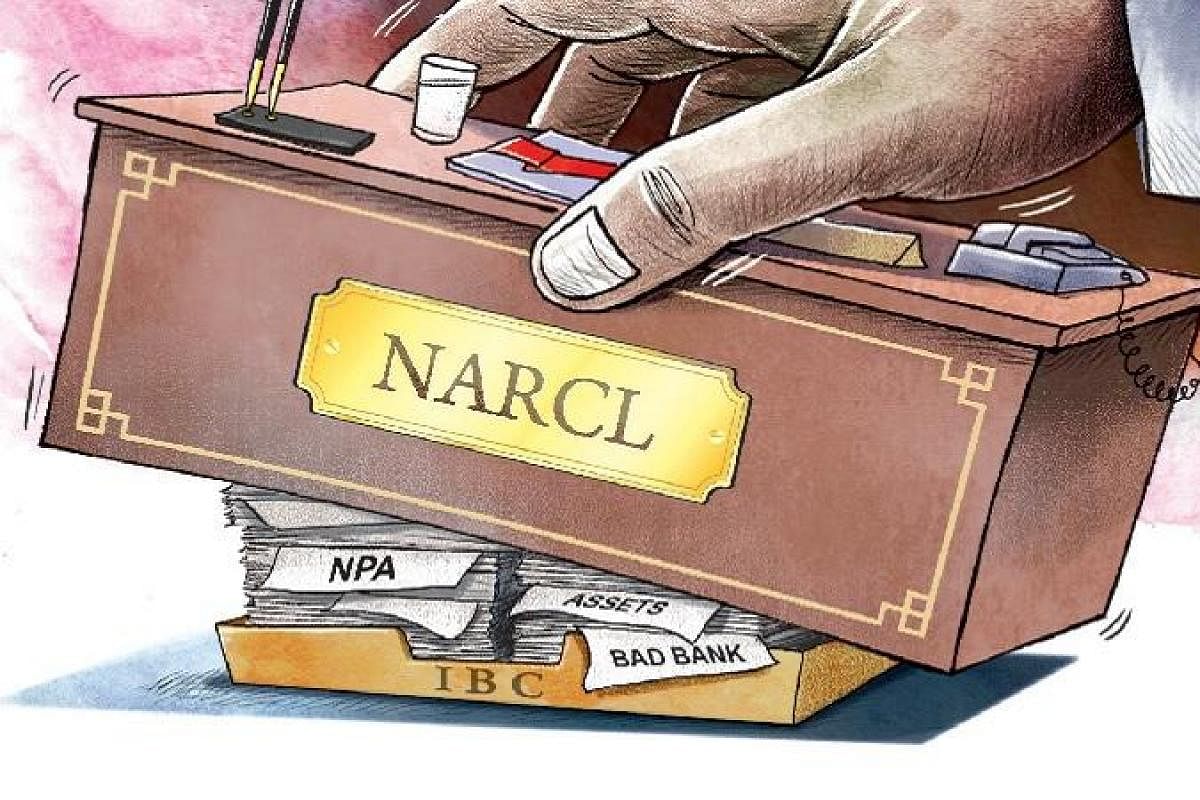 In the previous issue of October of MUDRA COMPASS, you have come across Bad Bank, in this article we are moving ahead with the current ongoing with this. Though Bad Bank is not for common people, still we think everyone should know what steps the Ministry of Finance and Government of India are taking to curb the NPAs issue of banks.

With more than 150,000 branches loaded with $2tn (£1.46tn) worth of deposits and serving over a billion customers, India’s banks look impressive on paper. However, the truth is saying something different which is mostly hidden to common people. A clutch of banks is saddled with tens of billions of dollars of bad loans after years of injudicious lending to dud projects. State-owned banks account for more than 60% of the sour debt. Five banks have been rescued from collapse since 2018. Bad loan recoveries have traditionally been low – up to a third of total loans – and have only improved a bit (40-45%) after a 2016 bankruptcy law which allows for liquidation of assets. And now borrowers hit by the pandemic could further default and add to the soaring debt in the coming months.

“More than $35bn of taxpayers’ money was injected to revive ailing banks between 2005 and 2009 alone – haven’t helped much. In July last year, Fitch Ratings said India’s struggling banks would need between $15bn-$58bn in infusion of fresh funds by 2022.”

From the taxpayer’s perspective, the most worrisome fact was that an overwhelming proportion of NPAs was with the public sector banks, which were owned by the government. To keep such PSBs in business, the government was forced to recapitalize them — that is, use taxpayers’ money to improve the financial health of PSBs so that they could carry on with the business of lending and funding economic activity.

From the perspective of a commercial bank saddled with high NPA levels, it will help. That’s because such a bank will get rid of all its toxic assets, which were eating up its profits, in one quick move. When the recovery money is paid back, it will further improve the bank’s position. Meanwhile, it can start lending again.

The National Asset Reconstruction Company (NARCL) better known as a bad bank will soon bring more directors on board for better corporate governance. The move aims to ensure fair representation of shareholders as well, sources close to the developments informed. The Reserve Bank of India (RBI) had given licence to the ₹6,000 crore NARCL led by public sector banks with 51 per cent stake in the entity. There would be shareholders’ representation from the private sector banks’ side, which will have 49 per cent, sources said. Besides, the central bank of India has asked NARCL to submit details of the full board soon, sources added.

The Indian Banks’ Association (IBA), entrusted with the task of setting up the bad bank, has put a preliminary board for NARCL in place. The company has hired P M Nair, a stressed assets expert from State Bank of India (SBI), as the managing director. The other directors on the board are IBA CEO Mehta, SBI Deputy Managing Director S S Nair and Canara Bank’s Chief General Manager Ajit Krishnan Nair.

In September, the Cabinet cleared a proposal to provide government guarantee worth ₹30,600 crore to security receipts issued by NARCL. Soon after the Cabinet clearance; SBI, Union Bank of India, Indian Bank picked up 13.27 per cent stake each in the NARCL, while Punjab National Bank (PNB) acquired about 12 per cent stake. The company will pick up those assets that are 100 per cent provided for by the lenders. Banks have identified around 22 bad loans worth ₹90,000 crore to be transferred to NARCL in the initial phase.Finance Minister Nirmala Sitharaman had in Budget 2021-22 said that the high level of provisioning by public sector banks of their stressed assets calls for measures to clean up bank books.

“An Asset Reconstruction Company Limited and Asset Management Company would be set up to consolidate and take over the existing stressed debt,” she had said in the Budget speech.

“India’s crony capitalists used bank loans as both debt and equity to finance their projects. In a capitalist system, the businessman is expected to bring in the equity,” says Mr Bandyopadhyay.

Experts say a “bad bank” will not be a magic bullet to cure what is a systemic problem with Indian banking.

State-owned banks will have to become truly independent, clean up their act and become more efficient lenders after accounting for market risks, and weighing their risk appetite. Improved regulation by India’s central banks would help. Loan sales need more transparency. “The bad bank is a step in the right direction,” says Mr Gupta, “But only time will tell how it works out.”