Private Sectors Bank and its repercussions in India 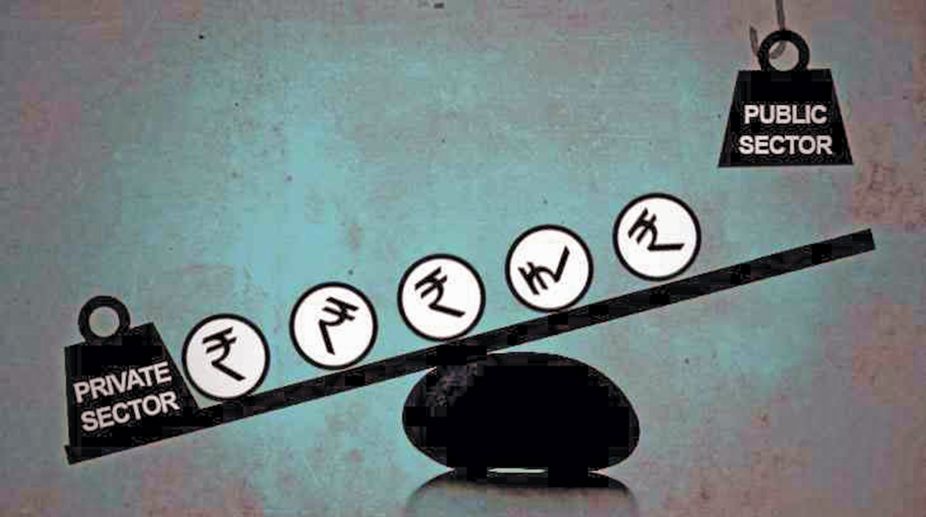 Indian banking sector has always proved to be a vibrant and important sector in the Indian economy. There has been amazing growth in profits in our banking industry over the last two decades. The banking sector index has grown at a compounded annual rate of 51% since the year 2001. However, several private banks have global exposure which helps the economy in various ways during both inflation and recession periods equally.  Before proceeding to the roles of the private sector banks it is very important to know what private sector banks actually are and what the stand of a private sector banks in India is currently.

Private sector banks are banking companies with majority stakes or equity being held by private shareholders, and not the Government of India.

After the budget announcement of 2021 the topic of private sector banks was highlighted more as the new budget proposed that two public sector banks and one general insurance company be privatised, which emerged as a wildfire in the banking sector of the country. Many protests were witnessed and there was a time when one bank union called for a two days strike against the proposal. There was upheaval in the banking sector but before taking any steps it is crucial to understand the concept and role of private banking sectors in India. What are the probable changes we can expect if there is a privatisation in banks?

Commercial banks like ICICI Bank Ltd. are now expanding its business to the rural banking sector. The Bank is operating the small office in the village to interact between villagers and Banking business. The crop loans, housing loans, automobile loans, farm equipment loans, seed financing and insurance products are some of the private banking business priorities in the rural sector.

Micro financing is one of the important tools for inclusive growth. The Banks are trying to collaborate their services with Self Help Group in order to extend credit to these groups. Along with private banks the leading foreign commercial banks like Citibank, HSBC and the Standard Chartered Bank are also looking for the business in rural India.

The banks are now introducing mobile based services concept for the rural sector also to reach to the rural customers directly. Accordingly, the private banks and finance companies are becoming specialized to offer their financial services to the rural people and farmers. This is resulting in economic growth of the rural sector in India.

The New Generation Private Sector Banks is experiencing the positive change in their work and performance. This change is welcome by the customers of the banks. Quick decisions, paperless transactions, Electronic media for transactions, core banking systems are some of the areas which make private sector banking more relevant to the changing era of globalization.

There are various initiatives opted by the private sector banks for the development of the banking sector unlike public sector banks taking an example of SBI the largest PSB and, by far, the largest bank in the country. The market capitalisation of the bank currently stands at Rs 1.71 lakh crore. The market capitalisation of Kotak Mahindra Bank, which is puny in comparison to SBI, is Rs 2.7 lakh crore which proves that the private sector banks run better than public sector banks. Thus, the privatisation of banks is a great idea as it is not only works for the welfare of banking, but it also ensures that the customers are benefited alongside. Private Banks play a pivotal role for a country’s economic development. They are the major players in today’s market. Private banking has invited foreign economies to invest in our developing country. Private sector, Indian Banks have exhibited profitability improvements, better asset quality trends, lower credit costs and healthy capital level over the years and will continue doing that in the future.