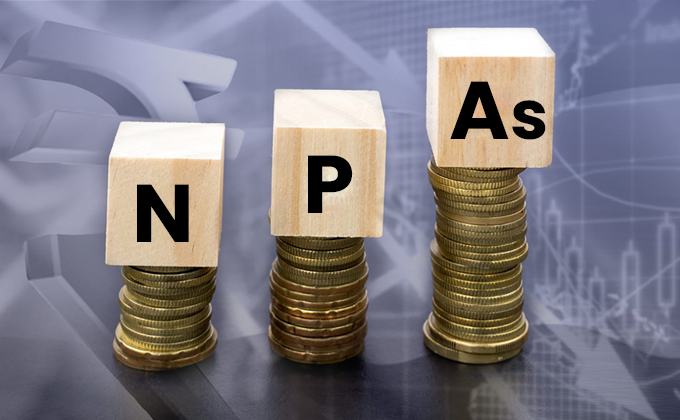 The gross non-performing assets (GNPAs) ratio of banks may rise to 9.8 per cent by March 2022, under a baseline scenario, from 7.48 per cent in March 2021, according to the Financial Stability Report (FSR) released by the Reserve Bank of India in the middle of 2021. According to stress tests conducted by the RBI: PSU banks, which reported a gross NPA ratio of 9.54% as of March 2021, could see their bad loans rise to 12.52%, under the baseline scenario, the RBI said. Under the severe stress scenario, the gross NPA ratio for public sector banks may rise to 13.95. For private sector banks (PVBs) and foreign banks (FBs), the transition of the GNPA ratio from baseline to medium to severe stress is from 5.82 percent to 6.04% percent to 6.46, and from 4.90 percent to 5.35 percent to 5.97 percent respectively. On a sectoral basis, borrowers in the agriculture and industry segments saw their gross NPAs drop, but stress rose for retail borrowers. Banks have managed to capitalise themselves well during the last one year, aiding them in maintaining adequate capital adequacy even under stress situations. Under the baseline and the two stress scenarios, the system level CRAR (Capital Risk Assets Ratio) holds up well, moderating by 30 basis points (bps) between March 2021 and March 2022 under the baseline scenario and by 130 bps and 256 bps, respectively, under the two stress scenarios. All 46 banks would be able to maintain CRAR well above the regulatory minimum of 9 percent as of March 2022 even in the worst-case scenario, it said. Large borrowers, or those with outstanding loans of Rs 5 crore and above, constituted 77.9% of banking sector NPAs in March, compared with 73.5% in Sep 2020. The sharp rise in bad loans from the large borrowers segment was largely because the Supreme Court vacated its bar on NPA recognition, which was in effect from September to early March. “Central banks across the world are bracing up to deal with the expected deterioration in asset quality of banks in view of the impairment to loan servicing capacity among individuals and businesses.” The common equity Tier I (CET-1) capital ratio of banks may decline from 12.78 percent in March 2021 to 12.58 percent in March 2022, under the baseline scenario. IT would further fall to 11.76 percent and 10.73 percent, respectively, under the medium and severe stress scenarios by March 2022. The initial assessment of major central banks is that while banks’ financial positions have been solved up, there has been no significant rise in non-performing loans (NPLs) and policy support packages helped in maintaining solvency and liquidity. Under a severely adverse scenario, the CET-1 ratio of large banks would decline from an average starting point of 12 per cent in the fourth quarter of 2019 to 10.3 per cent in the first quarter of 2022. The FSR also conducted the stress tests on banks’ credit concentration – considering top individual borrowers according to their standard exposures. The test showed that in the extreme scenario of the top three individual borrowers of the banks under consideration failing to repay, no bank will face a situation of fall in CRAR below the regulatory requirement of 9 per cent.